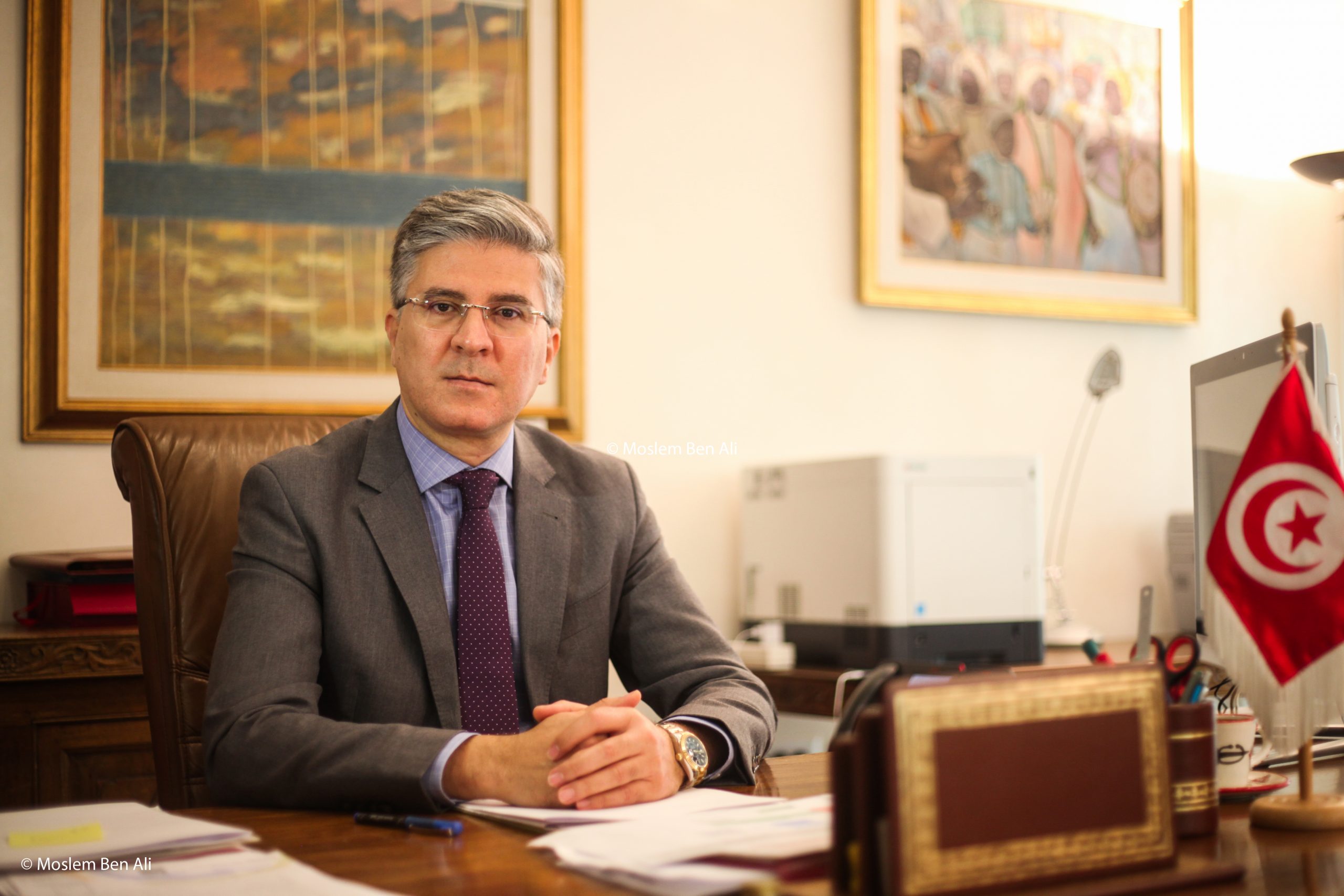 Mohammed Ali Toumi takes this edition’s ”Minister’s Corner” as he outlines his vision for the sector.

Tunisia’s Minister of Tourism Arts and Crafts, Mohammed Ali Toumi is determined to make tourism a national brand and fulcrum of the Maghreb country.

Toumi, who took over from Ben Ali as the head of the sector, wants to bring to bear his skills as entrepreneur, dedication, and a fervent activist on the tourism sector and thus growing its participation in the economy as well as GDP contribution.

The sector currently contributes 20% to the Tunisian economy.

Originally from the island of Kerkennah, Toumi was born on February 19, 1974 in Sfax. 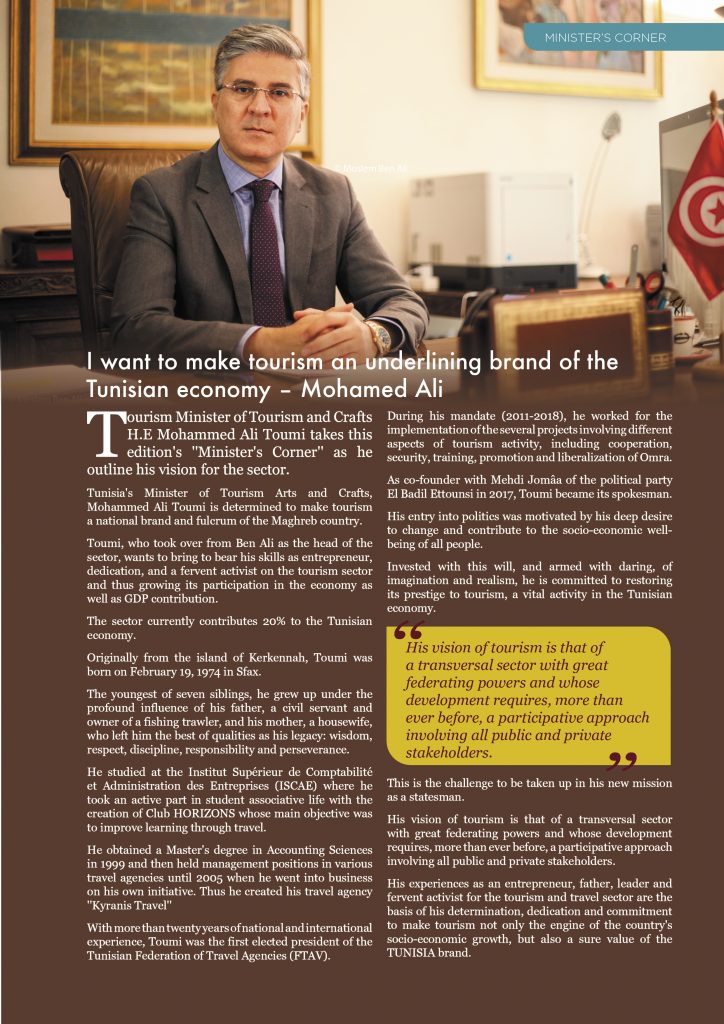 The youngest of seven siblings, he grew up under the profound influence of his father, a civil servant and owner of a fishing trawler, and his mother, a housewife, who left him the best of qualities as his legacy: wisdom, respect, discipline, responsibility and perseverance.

He studied at the Institut Supérieur de Comptabilité et Administration des Entreprises (ISCAE) where he took an active part in student associative life with the creation of Club HORIZONS whose main objective was to improve learning through travel.

He obtained a Master’s degree in Accounting Sciences in 1999 and then held management positions in various travel agencies until 2005 when he went into business on his own initiative. Thus he created his travel agency ”Kyranis Travel”

With more than twenty years of national and international experience, Toumi was the first elected president of the Tunisian Federation of Travel Agencies (FTAV).

During his mandate (2011-2018), he worked for the implementation of the several projects involving different aspects of tourism activity, including cooperation, security, training, promotion and liberalization of Omra.

As co-founder with Mehdi Jomâa of the political party El Badil Ettounsi in 2017, Toumi became its spokesman.His entry into politics was motivated by his deep desire to change and contribute to the socio-economic well-being of all people.

Invested with this will, and armed with daring, imagination and realism, he is committed to restoring its prestige to tourism, a vital activity in the Tunisian economy.

This is the challenge to be taken up in his new mission as a statesman.

His vision of tourism is that of a transversal sector with great federating powers and whose development requires, more than ever before, a participative approach involving all public and private stakeholders

His experiences as an entrepreneur, father, leader and fervent activist for the tourism and travel sector are the basis of his determination, dedication and commitment to make tourism not only the engine of the country’s socio-economic growth, but also a sure value of the TUNISIA brand.