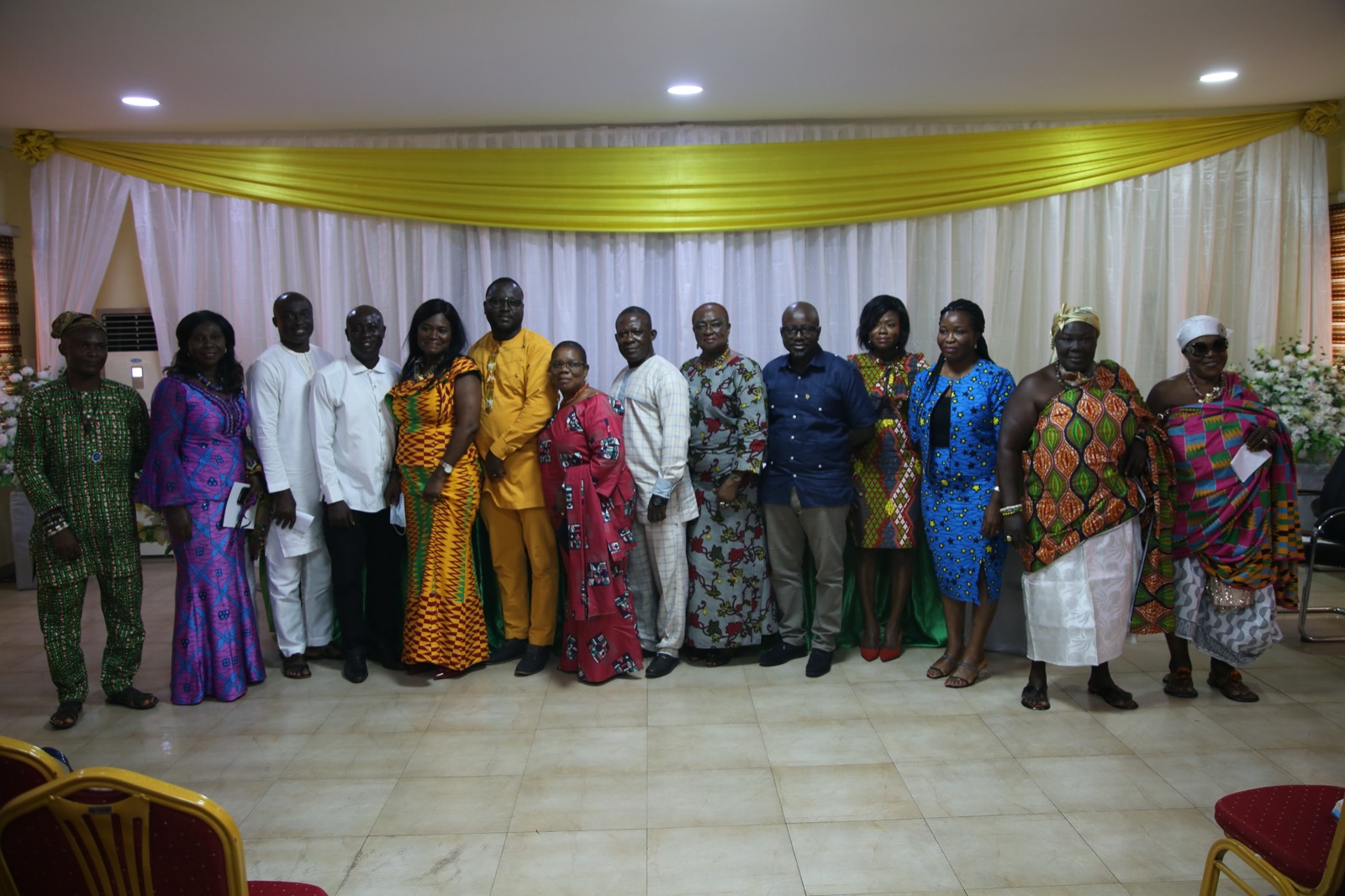 The Tour Operators Union of Ghana (TOUGHA) has today September 18, sworn into office new executive members that were elected a fortnight ago. The new executive team is led by President Alisa Osei Asamoah who takes over from Kwesi Eyison who has been President of the Union since April 2018.

The inauguration of the new executives took place at the Accra Tourist Information Centre and was attended by members of the Union, Ghana Tourism Authority’s CEO, President of the Ghana Tourism Federation (GHATOF), representatives of sister associations under GHATOF and a host of other guests.

GHATOF President, Bella Ahu who was the chairperson at the function in her remarks said she was delighted the Union was able to go through a successful election process that culminated in the inauguration of the new executives.
She said TOUGHA plays a vital t role in GHATOF’s activities, therefore will continue to enjoy support from the mother association.

President of the Ghana Hotels Association (GHA) Dr. Edward Ackah-Nyameke said as a sister organization under GHATOF, both TOUGHA and GHA will continue to work together as their works are interdependent on each other.

In congratulating both the outgone and the new executives, CEO of GTA, Akwasi Agyeman praised the Union for their role in the country’s tourism space. He said it was time for TOUGHA to put aside any differences amongst members so that they can forge ahead in unity with one common purpose.

“Let today be a new beginning for the Association,” he charged them. He added that in the present situation when tourism is restarting amidst the Coronavirus pandemic, “we will need TOUGHA more than ever so let’s work together.”
The outgoing President of TOUGHA, Kwesi Eyison said, having worked for nearly three years with his executives to enhance the image of the association, he was happy to be handing the baton to the new leadership.

He expressed hope that the new executives would continue with some of the initiatives his administration began to strengthen TOUGHA and make it more vibrant.

Having served as Organising Secretary in the past and Vice President in the outgone administration, the new President, Alisa Osei Asamoah said that she would make use of her experiences moving up the ranks of leadership to build on the successes of the previous executives to make TOUGHA a formidable organization.

She said as the country seeks to drive up its domestic tourism following the Coronavirus outbreak, she will make the Union an integral part of that campaign.

She said part of her objective is to make tour packages affordable for people to be able to travel around the country. In this regard, Osei Amoah said she will commit TOUGHA to engage with other stakeholders within the tourism industry to come up with competitive rates.