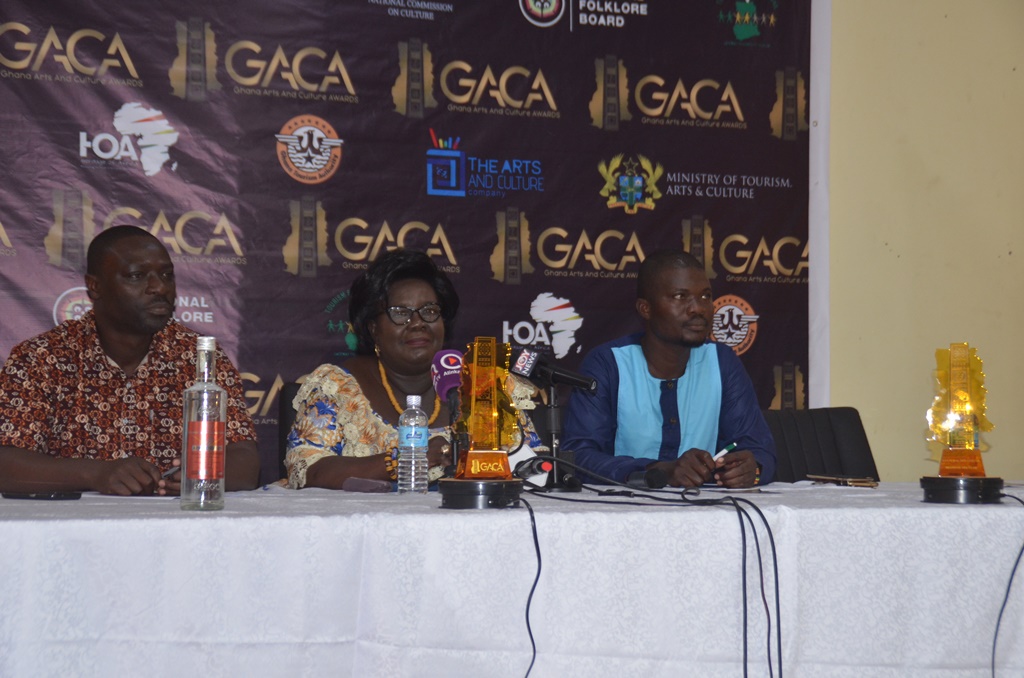 Organisers have opened nominations for the maiden edition of the Ghana Arts and Culture Awards (GACA2019) which was launched today at the Accra Tourist Information Centre.

The awards seeks to honour individuals and brands who have made significant contributions to the arts and culture industry in Ghana. This awards scheme will be based on selection of individuals who will be filing for nomination.

At the launch where the award plaques were unveiled, Executive Director of National Commission on Culture, Mrs. Edna Janet Nyame said the awards scheme was in line with her outfit’s mandate of promoting Ghanaian cultural heritage and recognizing excellence. For her, in an era where western influence has dominated the local culture and has the youth forgetting all about Ghanaian values, GACA could not have come at a better time.

“It will interest you all to know that our Ghanaian culture is replete with power and wealth, yet what prevails today is the unguarded adoption of western lifestyles or cultures by most people, especially among the youth in the name of modernity leading to the adulteration of our beautiful culture and has immensely contributed to the gradual erosion of the values of power and wealth of our cultural heritage as well as the histories of most Ghanaian communities.

“It is the obligation of the National Commission on Culture to make contributions and give our support to any cause which focuses on upholding and uplifting our Ghanaian culture by way of promoting and presenting our Ghanaian traditions and values. It is on this note that the National Commission on Culture deems it an honour to associate ourselves with the brand that sees the arts and culture as a valuable asset to Ghana,” she affirmed.

A representative from the Arts and Culture Company, organisers of the event, Mike Frempong explaining the nomination process said it is done based on how positively influential the projects of these individuals and brands have been on the local arts and culture scene.

A 3-9 member panel of distinguished industry leaders will vet the nominees to decide the finalists who then be subjected to public vote.

The final awards ceremony is scheduled to take place on November 23 at the Accra International Conference Centre.