Asia is the Driving Force for Inbound and Outbound Halal Tourism 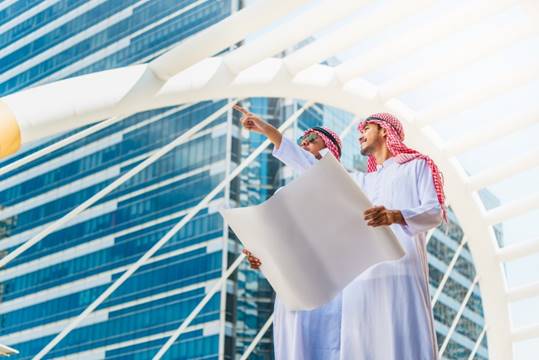 The Muslim travel sector will contribute $183 billion to global GDP by 2020, reveals new research at this year’s WTM London, the event where ideas arrive. In 2017, this figure came in at $148 billion.

These statistics come from the ‘Global Economic Impact of Muslim Tourism and Future Growth Projection: 2017-2020’ report launched at WTM London, presented as part of WTM’s first-ever session dedicated to halal tourism – How are mainstream travel companies and destinations attempting to take advantage of the rise of halal travel?

Faeez Fadhlillah, co-founder and CEO of Salam Standard, which produced the report, will talk through the findings and share insights for destinations looking to become part of this important and growing segment.

Salam Standard is a hotel classification system which ranks and audits properties by the Muslim-friendly facilities and services they offer. Fadhlillah also owns tripfez.com, a consumer-facing online travel agent for Muslim travellers.

He is joined on the panel by Enver Duminy, CEO, Cape Town Tourism, who will share insights from Cape Town Tourism’s current campaign to make the city more prepared to welcome Muslim travellers, including an awareness initiative among restaurants and hotels about halal catering.

The other speaker is Seunghyun Hwang, Director, Korean Tourism Organisation – London. He will share learnings from Korea’s attempts to position itself as a Muslim- and halal-friendly destination.

The session is moderated by Gemma Greenwood, Director, Content Inc. The session takes place on Tuesday, November 6 from 13:00 – 13:45 in the Middle East & Africa Inspiration Zone (AF190).

Like many of the growing verticals in travel, the impetus for Muslim tourism is coming from Asia, both in terms of inbound and outbound. Asia has started to benefit from Muslim inbound travel expenditure and the new research says that, by 2020, 1.2 million jobs will be directly supported by Muslim travel segment. The global number will be around 2.3 million.

When it comes to outbound, travellers from Malaysia, Indonesia and China are expected to contribute a combined 17% of the total global spend by 2020.

Simon Press, Senior Director WTM London said: “Muslim travel is already a big part of the industry and is likely to get bigger in the long-run, with research showing that in 2060 there will be 3 billion Muslims in the world, equivalent to one-third of the world’s population.

“In the short-term, destinations need to ensure they are Muslim-friendly or at least have enough information available so that Muslim travellers can make informed decisions.

Destinations should also note that Muslim millennials from the three big Asian outbound markets of Indonesia, China, and Malaysia want to visit places that do not have a Muslim majority. Attendees at the session can find out how to appeal to this generation.”
About World Travel Market 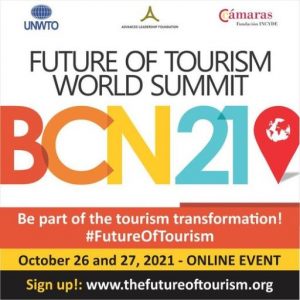 UNWTO teams up with others for Future of Tourism World Summit on Oct. 26 & 27 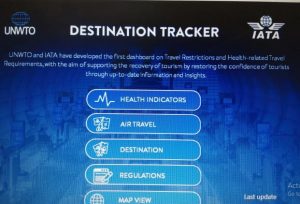 All you need to know about the UNWTO/IATA Travel Tracker

The UNWTO/IATA Travel Tracker is the first global dashboard on Air Travel Restrictions and Health-related Travel Requirements at the destination. The first one-stop-shop for global 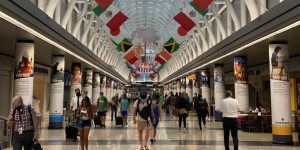