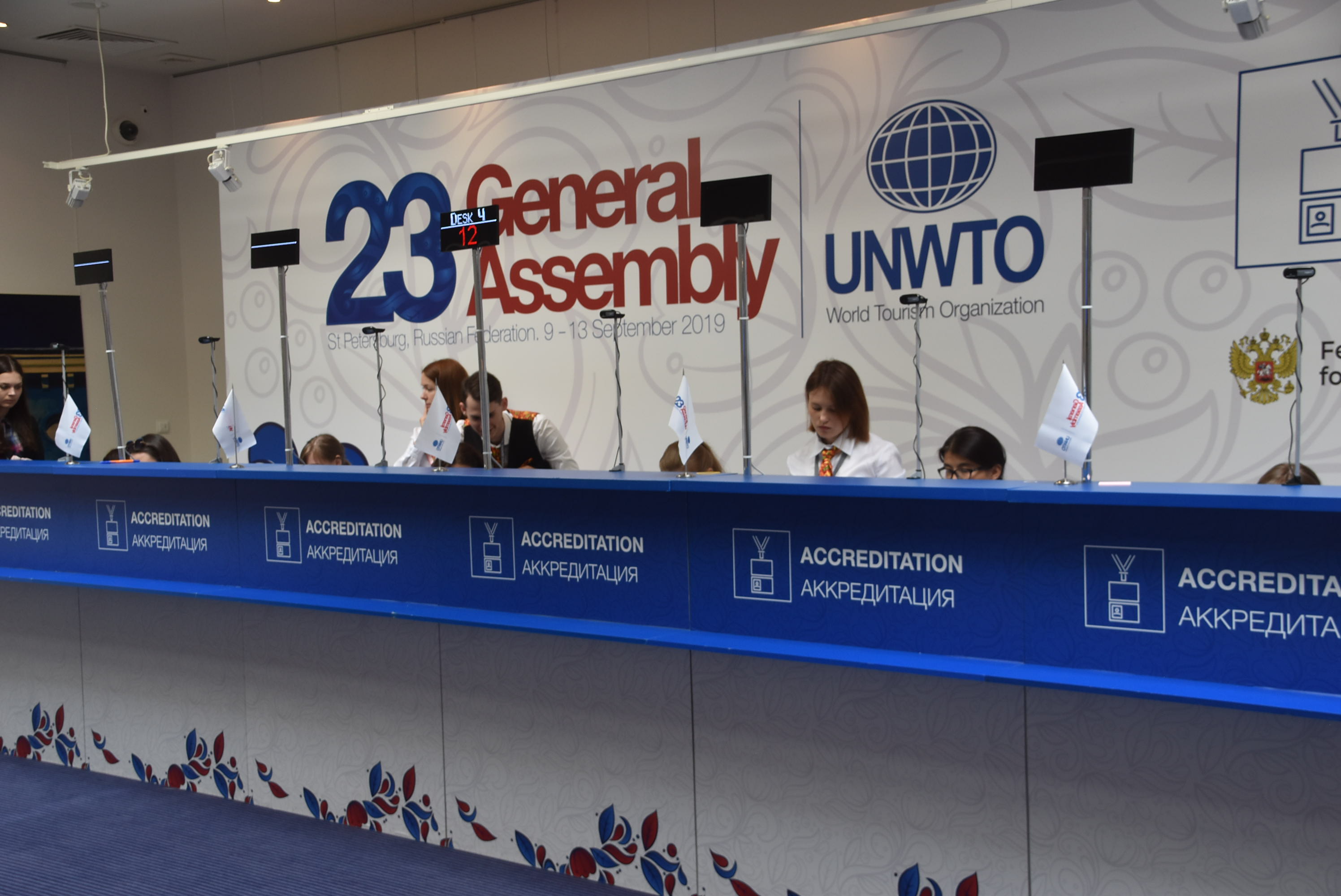 Delegates from all over the world are arriving in St Petersburg, Russia for the 23rd Session of the World Tourism Organization (UNWTO) General Assembly.

For five days, September 9-13 , 2019, Saint Petersburg will be the converging place for tourism’s biggest event.

Officials, delegates and members of the media have started arriving for the 23rd UNWTO General Assembly in St. Petersburg Russia.

The Pulkovo International Airport has started seeing double figures of arrivals signalling the start of the event.

As standard with the General Assembly of the world Tourism Organization, a reception and dedicated desk has been mounted at the airport making transfers processes and other protocols easier for delegates attending the general assembly.

The airport as the point of entry for the Assembly is visibly decorated with artworks of the event right through the city drive. The city indeed is ready to host tourism’s creme.

The General Assembly is the supreme organ of UNWTO. Its ordinary sessions are held every two years and are attended by delegates from UNWTO Full and Associate Members, as well as representatives from UNWTO Affiliate Members. It is considered the most important global meeting of senior tourism officials and high-level ‎representatives of the private sector. ‎

Amongst the highlights of the Assembly will be the adoption of the Agenda for Africa Program which catalogues the processes for the implementation of the ten points agenda.

Election of countries to the Executive Council of the Organization will also be on the agenda.

The Sector’s most pressing issues will be discussed with the aim of finding solutions to the growing tourism sector.

The Republic of Kenya, Morocco and the Phillipines will be playing their last cards to convince member states for their votes to host the 24th session of the GA in 2021.