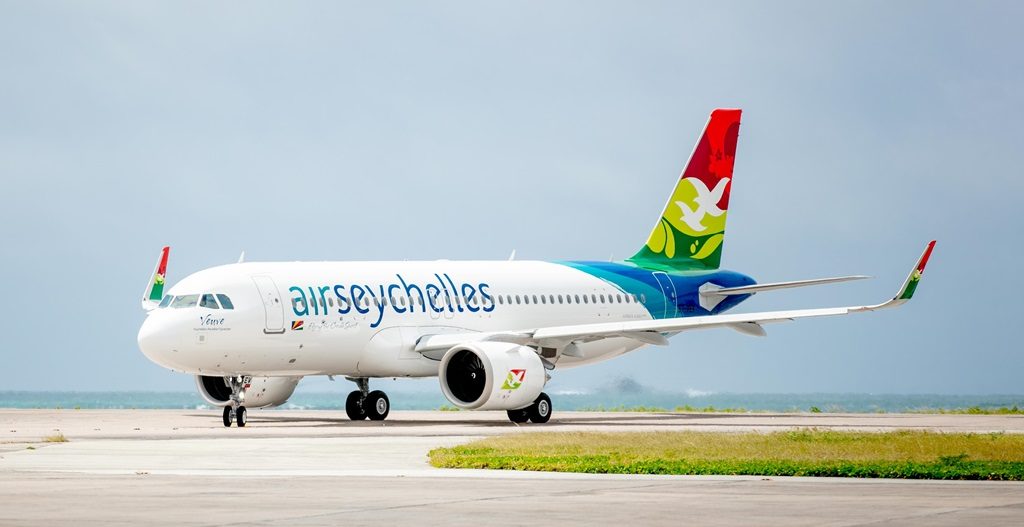 (Seychelles News Agency) – The government of Seychelles is seeking a bank guarantee to help Air Seychelles, the national airline, to pay off its debt more than $30 million to Etihad, a government official said Thursday.

Under the agreement, the debt from 2018 will be converted into non-voting preference shares, which in turn are secured by a guarantee by Barclays bank and the Trade Development Bank.

“The government is seeking to secure the bank guarantee for preferential shares due to the debt Air Seychelles has accumulated over the years. Negotiations with two banks are ongoing with a view to finalise by the end of November,” Didier Dogley, the Minister of Tourism, Civil Aviation, Port and Marine, Didier Dogley, told reporters on Thursday.

A bank guarantee is a promise from a bank or other lending institution to cover the loss if a borrower defaults on a loan.

In 2017, Etihad Airways contributed $34 million and in 2018 it injected another $30 million to help Air Seychelles in its transformation plan.

Dogley said that the 2018 contribution led to an agreement between Etihad and the Seychelles’ government, under which the government will also inject $30 million. This will be paid over a period of six years.

The Minister said the government had to go through this process as Etihad, which holds 40 percent shares in the company, did not accept a sovereign guarantee.

Three other agreements are expected to be signed by the Air Seychelles to help the five-year transformation plan.

“In this agreement, there will be conditions that will protect the government if this happens. For example, Air Seychelles will need to inform the government at least a year in advance if it sees a forecast of any financial issues,” he added.

The other agreement is the Exclusivity Agreement which the Minister said will guarantee Air Seychelles exclusivity on offering ground handling services at the airport.

The last agreement will be the first-ever to be issued to Air Seychelles by the Seychelles Civil Aviation Authority (SCAA).

Air Seychelles was established in 1978 and began long-haul service in 1983. The airline maintains a strategic partnership with Abu Dhabi’s Etihad Airways, which bought a 40 percent stake in the company in 2012.

The national carrier of Seychelles, an archipelago in the western Indian Ocean, presently has daily flights to Johannesburg, six weekly flights to Mumbai, seasonal flights to Madagascar and five flights a week to Mauritius.

PrevPreviousEthiopian celebrates 20th Anniversary of ShebaMiles in Style
NextOpinion : After a No-Show at the WTM-London, what lies ahead for Tourism Ethiopia?Next