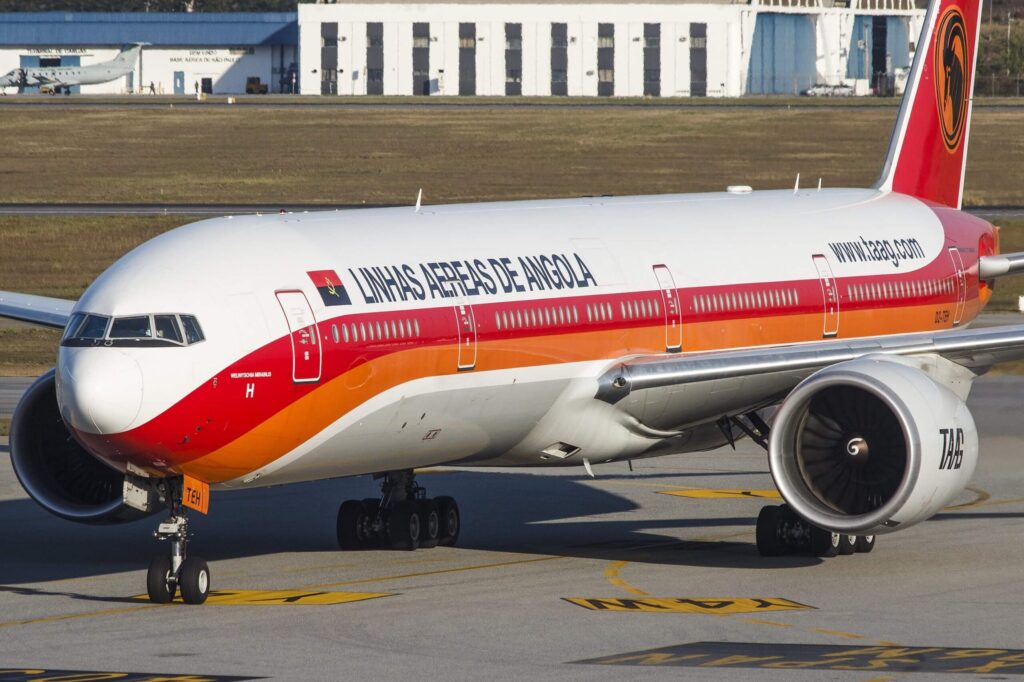 TAAG Angola Airlines will be exhibiting its services at FITUR, a global meeting point for tourism professionals, which will take place from January 18th to 22nd, in Madrid, Spain. FITUR will allow TAAG to raise awareness about the strategic Luanda-Madrid-Luanda route operated by TAAG since July 2022. Plus, leverage the company’s brand & reputation in the international market, meet with strategic partners and suppliers, collect analytics about the aviation sector in Europe, follow-up the industry trends and insights while highlighting Angola and TAAG destinations to a global audience.

TAAG offers customers three weekly flights, departing from Luanda on Tuesdays, Thursdays, and Sundays. Typically, the route is operated by Boeing 777-300 aircraft with a total capacity of 289 passengers, 8 in first class, 53 in business class, and 228 in economy class. Overall, the company has registered more than 19,500 passengers since the beginning of the Luanda-Madrid operation. The perspectives for 2023 are quite optimistic, following fewer restrictions related to the pandemic, and travel recovery pace, not to mention the strong diplomatic and business relationship between Angola and Spain.

According to the Embassy of Spain in Angola, there are more than 60 companies operating in-country from multiple business segments, such as energy, banking, construction, industry, health, education, agriculture, and geology. It´s fair to conclude that Angola has become a key country for Spain’s growth strategy in Africa.

The codeshare and interline partnership signed between TAAG and IBERIA in May 2022 are benefiting passengers overall. They can acquire a single ticket in local currency suitable for both airlines’ itineraries, accessing TAAG/IBERIA destinations combined.

IBERIA passengers in transit or departing from Madrid have Luanda as a key gateway to the African continent, meaning entrepreneurs, tourists, and traffic overall are redirected to Angola and TAAG destinations in Africa and South America.

TAAG passengers in transit or departing from Luanda may have Madrid as a destination or connection to other European cities such as London (United Kingdom), Amsterdam (Netherlands), Rome, Milan (Italy), Geneva, Zurich, (Switzerland), Brussels (Belgium) and Porto (Portugal) plus domestic destinations in Spain.

Developing the Luanda-Madrid route is part of TAAG’s vision aiming to transform Luanda into a strategic hub in Africa, considering the country’s geographic competitive advantage able to facilitate connections between East-West (Asia-Africa-America) and North-South (Europe-Africa).