Tremendous success for the tourism industry at FITUR 2023 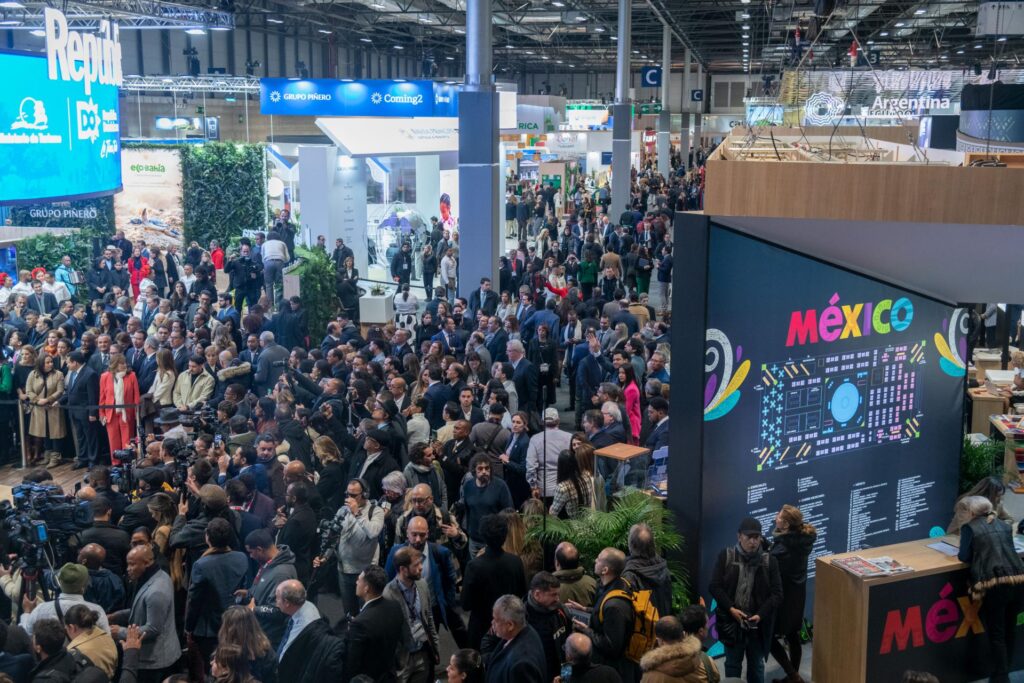 FITUR 2023 closed its doors over the weekend with a massive success that demonstrates the great dynamism of the entire value chain of the tourism industry and the good prospects for growth worldwide. In addition to the satisfaction expressed by the participating companies, countries and destinations for the business transactions and contacts made, the high figures of this edition have exceeded all expectations, reaching parameters already very close to the historical record of FITUR 2020.

In this regard, during the five days of the fair, FITUR attracted a total of 222,000 attendees, representing a growth of 99.6%, almost double that of 2022. In terms of the profile of these participants, 136,000 professionals have been registered, representing an increase of 68% and an estimated 86,000 visitors, after today’s closing of its two public days, which is practically three times more than last year’s figure.

In terms of participation, the fair brought together 8,500 companies, 131 countries, 755 exhibitors, in 8 halls of the exhibition centre, which represented a net exhibition area of 66,900 m2, equalling the occupation of 2020.

It is estimated that this movement of arrivals at FITUR will generate an impact on Madrid’s economy of approximately 400 million euros.

FITUR also registered a major milestone in the digital sphere, with traffic to the IFEMA MADRID website soaring exponentially on the first day of the fair alone, reaching an all-time record of 146,000 visits. In this same context, the FITUR LIVEConnect digital platform, which complements the fair with a hybrid format of greater temporal and geographic scope, currently has more than 56,000 registrations, compared to the 31,000 total in 2022.

Organised by IFEMA MADRID, this edition has had Guatemala as a FITUR Partner Country, which has made an extensive promotional display at the fair under its new “Guatemala Asombrosa e Imparable” (Guatemala, amazing and unstoppable) brand. In addition, sustainable development, in its economic, social and environmental aspects, has been the guiding thread of the major proposals from companies and destinations, as well as with the sections and activities of the fair.

Institutional support and visits by authorities from five continents

As with every other year, the strong institutional backing that FITUR has received is worth highlighting, with the support of the Royal Family which, once again, put the finishing touch to the opening day with the presence of Their Majesties the King and Queen of Spain, as well as the involvement of the Spanish Government. In addition, FITUR 2023 was visited by the President of Guatemala, Alejandro Eduardo Giammattei, Partner Country of this edition; the President of the Spanish Government, Pedro Sánchez; Secretary General of UNWTO Zurab Pololikashvli; 30 Ministers of Tourism from different countries; the Ministers of Economy and Social Affairs of Guatemala; 6 Spanish Ministers; 15 Presidents of Autonomous Communities and Tourism Councillors from 16 communities, and a hundred ambassadors and business representatives, and mayors from different towns and cities in our country. A total of 400 authorities attended this year’s edition of FITUR,

Other major figures from FITUR 2023

Regarding the social media environment, the first two days of FITUR saw a growth in the community of 3,724 followers, so that FITUR’ s profiles on Instagram, Facebook, Twitter and LinkedIn now have a total of 288,557 followers. In addition, all the publications produced during these first days have obtained 1,676,316 impressions. FITUR’s Twitter profile was the No. 1 Trending Topic in Spain for the two days the fair was held, with more than 500 mentions per day on this channel.

Ecuador to be Fitur Partner Country in 2024
The Fitur Partner already has a protagonist for the next edition of FITUR, as was revealed during the celebration of the fair, which was announced by the Minister of Tourism of Ecuador, Niels Olsen and the Chairman of the Executive Committee of IFEMA MADRID, José Vicente de los Mozos, who signed the collaboration agreement whereby Ecuador will be ‘FITUR Partner Country’ at the next edition of the International Tourism Fair, to be held in January 2024.